How District Flight Deals Got Its First 100 Email Subscribers 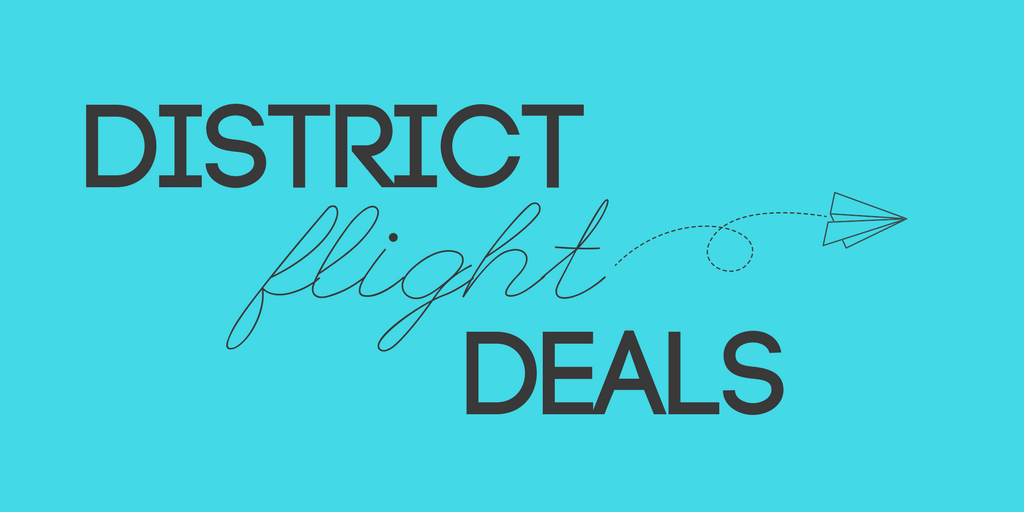 This article is actually a Google Doc I wrote for myself in April of 2018. I found it in February 2020 and decided it could be interesting to publish, as it might help others in the first stages of their new project. It's fun to see how my thought process has changed in the last couple years.

I started thinking about District Flight Deals, an email service where I send out the best flight deals from DC airports, in early 2018. By mid-February I was seriously considering it, but I didn’t want to stop working on another project.

After some serious thinking, I decided that DFD had a better monetization path than the other project I was working on, so I completely stopped working on the other project and began District Flight Deals. The last 10 days of February I spent figuring out how to set up a basic landing page to collect emails, practicing finding good deals, and thinking about promotion tactics.

I bought the domain on March 3rd, 2018, and made myself the first subscriber to District Flight Deals on March 10th, 2018. I registered the Instagram account and posted my first post on March 5th. It’s now the end of April and as of this writing I have 114 free email subscribers and 335 Instagram followers. (I have yet to launch a premium version, and once I do, the premium members will get even more deals than free email subscribers.)

I’m writing this article to walk through how I started this project and how I got my first 100 email users. You have to have 100 before you can have 1000, and getting that first 100 can take some work (especially if you can’t launch on Product Hunt).

I gained my first 100 users through 4 main ways.

My first idea for gaining followers was to use Instagram as a top-of-funnel acquisition method. The idea being that I would post a lot of the deals I send out by email to the Instagram and include a link in bio to sign up for the email list.

This is what the Instagram looked at the start:

As of this writing, I’ve posted 24 times and have 335 followers. By far my largest source of followers have come due to my following thousands of people over the last two months. I haven’t had a consistent strategy and tried out liking posts, commenting on others posts, etc, but mostly I think I’ve followed around 70 people a day on average and haven’t spent much time liking or commenting on other posts at all.

I’m using the Followers app for Instagram to unfollow people who don’t follow District Flight Deals back. Keeping a good ratio of followers/following seems to impact the percentage of people who follow me back, but I haven’t been good about tracking data.

A couple things that I think have helped increase my Follow Back Percentage:

As far as converting instagram followers to email subscribers, I tried a few different methods:

I used a bitly in the bio (maybe that lowered click-throughs?) and here are the results:

I don’t know how many of these people ultimately signed up, but I know 111 people have clicked through the link in bio to the website.

When I hit follower milestones:

As of today, I have run three Facebook Ads, each at $20 total.

The third ad has been the best by far, with the same image but better copy. Here’s the results from the three ads (the third ad hasn’t finished it’s budget yet):

Again, I don’t know the conversion rate of any of these once they hit the landing page. (I’m using Carrd for my landing page and don’t see a way to install a FB pixel to track this.) The first ad I ran had Leads as it’s objective and I got 7 for $20, an average acquisition cost of $2.86/subscriber. My most recent ad is hitting $0.27/click, much better. My goal is to get that down to under $0.10/click.

I’ve been getting more active on Reddit as I realize it’s a great way to learn things in various topics, help people out by answering questions and get new subscribers.

I’ve been relatively active in the r/washingtondc subreddit and made sure to establish some kind of reddit history before posting anything promotional. This is crucial because if you come off spammy on reddit you will be ignored at best and possibly harassed.

I used some common sense to discover what was popular on the sub and then tried to find some things that seem similar enough to get upvoted as well. So I posted this, and got over 300 upvotes:

Then earlier this week, I was still building up my credibility on reddit waiting for a time to post about the email newsletter, when someone else posted about a travel website they’ve made. At first, I was deflated because someone else beat me to the punch, but then I made a move.

I posted a comment describing what was better about District Flight Deals and linked to it very casually and non-aggressively.

That day was my highest acquisition day, with 30 people signing up that day alone!

That shows just how valuable Reddit can be for new user acquisition.

Of the email subscribers only 10 of them are family or friends. I should probably ask more of them to subscribe, but I don’t like asking.

My Instagram is similar, with only 8 friends and family following me.‍

I think a key to having a good business and solving problems is actively and critically describing the problems you have. Going forward trying to gain Instagram followers, and then email subscribers, here are some of my questions/problems:

While I try to answer those questions, I’ll also be working on continuing to grow my email subscribers. I’ll continue to pursue the methods mentioned above, and need to be sure to stay active on Reddit.

I should also look into other user acquisition/advertising methods. Some ideas on that front include:

While I’ve grown District Flight Deals to 100+ email subscribers in a month and a half, I haven’t asked anyone to pay for a premium version (which will include more deals). In the next month, I should do that as well, to validate the idea.

Next goal: 350 free email subscribers by June 15th. One paying customer by May 15th.

I'm putting together a list of companies that could use some help.

I'm putting together a list of leads that you could pitch. Included is companies that raised funding in April 2021 (money to spend) and what technologies they use (ideas for providing Zapier, Parabola, Integromat, or other services).

The list is full of detailed info, but I don't want these companies to get overwhelmed by pitches, so only a limited number of freelancers will get access.

Put in your email below and I'll send it your way.

If you want it, put your email in and I'll send it your way (free).

! Last step: confirm your subscription in your email provider !
Oops! Something went wrong while submitting the form.